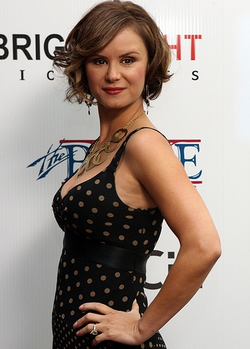 Keegan Connor Tracy (born December 3, 1971) is a Canadian actress known for her roles as the ill-fated Kat Jennings in Final Destination 2 (2003), the Blue Fairy in ABC's Once Upon a Time as well as Miss Watson on Bates Motel.

Personal Life
Tracy was born in Windsor. She studied at St. Patrick's High School in Sarnia.

She obtained a degree in Social Psychology from Wilfrid Laurier University in Waterloo, Ontario, Canada.

While she was at university she spent a year working in Europe.

Keegan is married to Ez Mitchell. They have two daughters.
Powered by