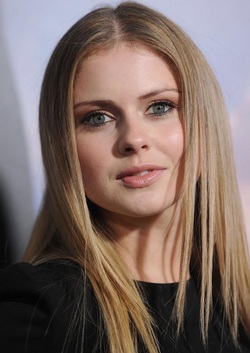 McIver was born on 10 October 1988. She was raised in Titirangi with her father, John George Whitfield "Mac" McIver (b. 1951), a photographer, and her mother, Ann "Annie" (née Coney), an artist; her parents still reside in the house she grew up in.

She has an older brother, Paul McIver, who is a musician and former actor. She once studied ballet and jazz dance, and enjoys running.

McIver also enjoys writing, and is inspired by the works of John Steinbeck, Wally Lamb and Franz Kafka..

She attended Avondale College and was a prefect in her final year; she graduated in 2006.

She previously studied at the University of Auckland, and majored in Psychology and Linguistics, but did not complete her degree.

Between acting jobs, she baby-sits and works part-time importing bananas with Fair Trade; she recently took part in their "All Good Bananas" promotion, as the voice of the listener's conscience.

In August 2011, McIver moved from the home she shared in Wellington with her long-term boyfriend, architect Benjamin Hoeksema to Los Angeles, where she lived in the East Hollywood suburb of Silver Lake for a year.

Currently, she lives in Hollywood with fellow Kiwi actress Fleur Saville.
Powered by